Metaverse: what it is, how it works, how to enter

Metaverse was one of the most searched words in 2021 on Google. It was certainly not new on a lexical level, as the Metaverse was already being talked about in 1992 when Neal Stephenson spoke of a kind of digital parallel universe in his novel Snow Crash. For Stephenson, the Metaverse was a world without rules, controlled by the mafia and that only a brave character could save.

Today, the Metaverse is a little different from then. Let’s find out more, then, about the Metaverse, what it is, how it works, how to enter it and how it could change everyone’s lives.

Definition of the Metaverse 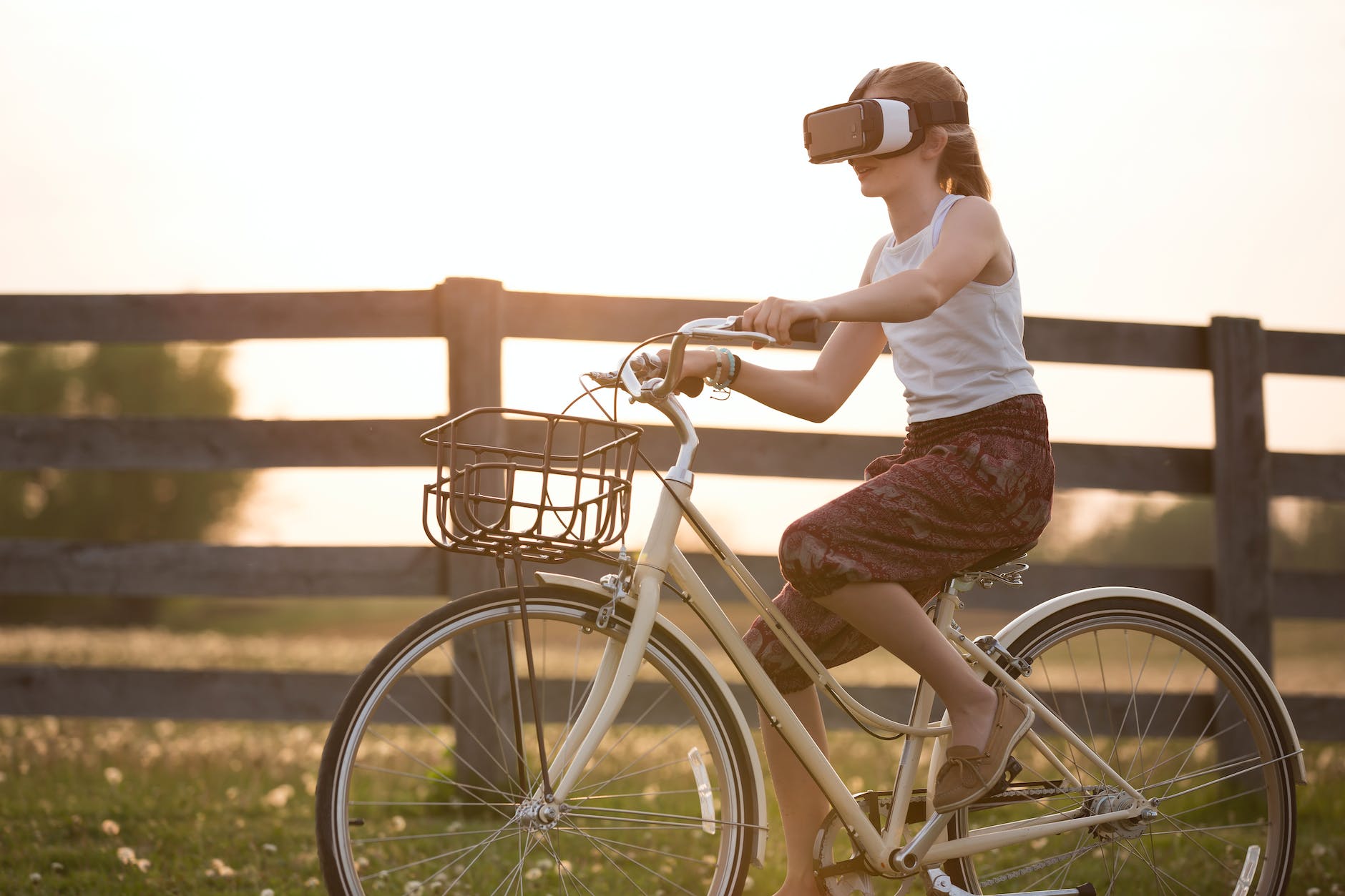 In October 2021, Mark Zuckerberg, the historical founder of Facebook, carried out a rather colossal rebranding operation that transformed the Facebook company (which does not only refer to the social network, but also to all other products) into Meta, announcing that the manoeuvre would be instrumental in the creation of an Internet of the future.

Some have read the rebranding as a sort of relaunch of Facebook, now in crisis more than ever with an unprecedented drop-out rate and a series of scandals behind it. However, it is also clear that Zuckerberg wanted to take a step forward from his historic social network. This will continue to exist, but will no longer be the company’s flagship product.

On the contrary, a new form of sharing the network and consequently its experiences, content, and forms of communication will be born. This will be called the Metaverse. To give a definition of this not-so-new word, we could say that the Metaverse is a set of interconnected virtual worlds that users access through the creation of an avatar

Objectives and characteristics of the Metaverse 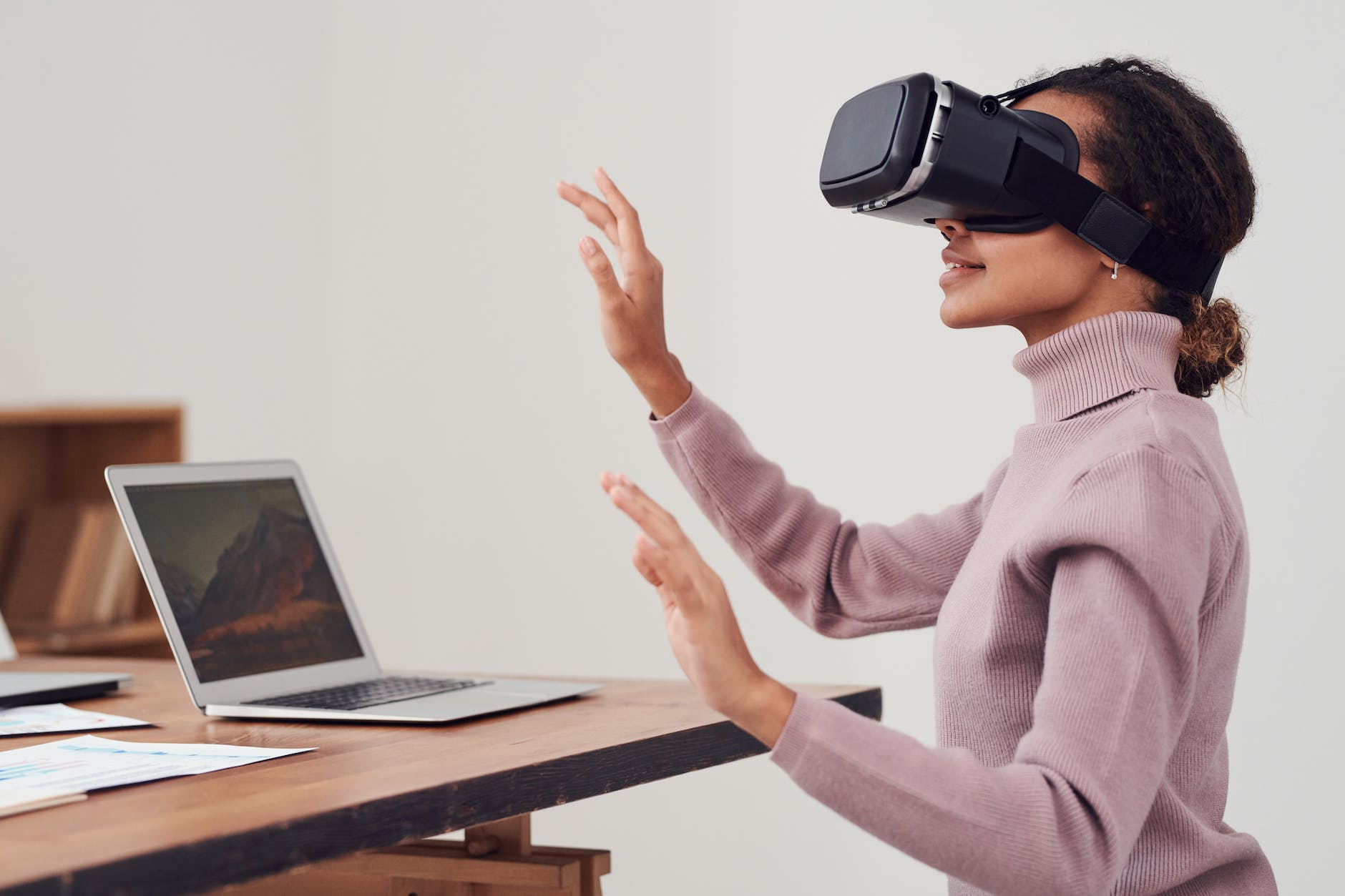 The Metaverse is a project of colossal dimensions that aims to converge reality and the digital.

The boundary between them will be so blurred that it will disappear most of the time. The Metaverse will consist of a collection of data and information that will create a cyberspace with time and extension.

It will no longer be simple virtual reality like many of today’s video games. It will be much more: the digital will become a world that can be shared and fully equal to the real one, but allowing for additional experiences that reality, due to physical characteristics, does not allow.

Let’s take an example: it is impossible to attend an in-presence meeting in Tokyo and one in Melbourne within an hour of each other, but the Metaverse will allow us to leave the former and enter the latter exactly as if we were in presence.

For now this will be possible thanks to avatars created in our own image, but we can expect the feeling of reality to increase in the coming years.

How to enter the Metaverse 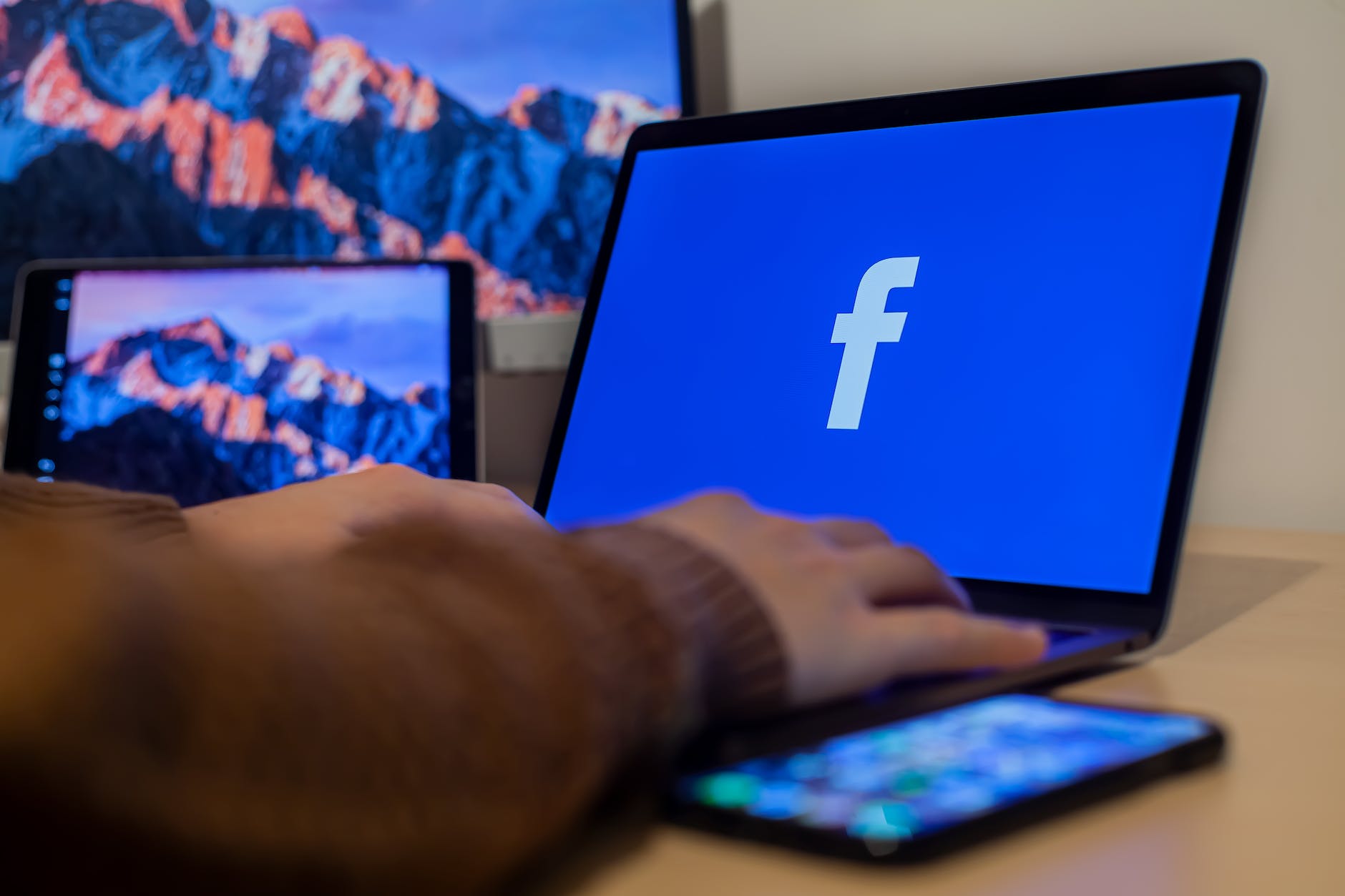 One of the topics (of which there are already many) that will need to be clarified is the technologies used to enter the Metaverse.

The discussion stems from the fact that, even today, in many countries of the world not all people can access the Internet, while the Metaverse will require more advanced technologies than just a PC.

Zuckerberg’s idea is meant to be inclusive, but to enter the Metaverse you need visors, computers, and even joysticks in case you need to tackle tasks that require them.

In the future, we will probably also be able to enter the Metaverse with our Smartphone, to be inserted into the visors to immerse ourselves in a very realistic universe. What we will need, then, will be advanced technological devices, but also accessible to most, an Internet connection and accounts on the various platforms for accessing the Metaverse.

Lastly, we specify that we will also need a wallet containing virtual currencies, as in the new reality it will be possible to exchange objects and services, open up new forms of earnings and pay for experiences. Metaverse is thus not only augmented reality, but a place of economic exchange and value.

What will one find in the Metaverse?

Once in the Metaverse, what can we expect?

The kind of reality we have decided to enter. There are already many companies that have bought space in the Metaverse to promote products or organise events (think Samsung or Ariana Grande who held a digital concert).

The avatar will be able to access these events freely or through paid access, at the discretion of the space owner.

Each user will have the feeling of really being in a digital but realistic world.

For example, new ways of videoconferencing between different professionals in the world of work are being tested very intensively today. Each corporate employee first creates his own avatar, making it very similar to himself. Same hair colour, gender, clothing, eye colour and age.

Thanks to visors, the employee can then access a kind of virtual classroom in which other avatars are also present and the feeling of being present in one room is really strong. Thus, it is possible to exchange messages in a much more direct and comprehensible manner without ever moving from one’s desk at home.

Not only the world of work: today we are experimenting with the Metaverse applied to education. The Coronavirus has taught us that we may need technology that allows us to carry out activities even at a distance, such as going to school. Medical students at some US universities today no longer learn anatomy by vivisecting a cadaver or through science books.

It is possible, thanks to the Metaverse, to enter virtual classrooms in which human bodies, seen up close, are shown in an extremely realistic way. Such an experience provides access to knowledge impossible through vivisection or pictures in books. Teachers can zoom in on body parts and show even the smallest tendons or blood vessels.

In medicine, the Metaverse can also be useful for simulating surgeries, or for testing whether a biocompatible prosthesis or implant can offer benefits to the patient without having to test it directly on the person.

Medicine, education and the world of work, however, are not the only sectors that have already welcomed Metaverse-related developments.

This new technology will also affect many other industries, practically all of them: entertainment, construction, finance, fashion, the everyday life of every single private citizen.

That is why today we can no longer ignore the great change that is taking place. However much criticism is levelled at Zuckerberg, who is probably the only one with a completely clear idea of his project, there isno denying the influence that this new technology will have, and is already having, on our lives

Interconnectedness, the true peculiarity of the Metaverse 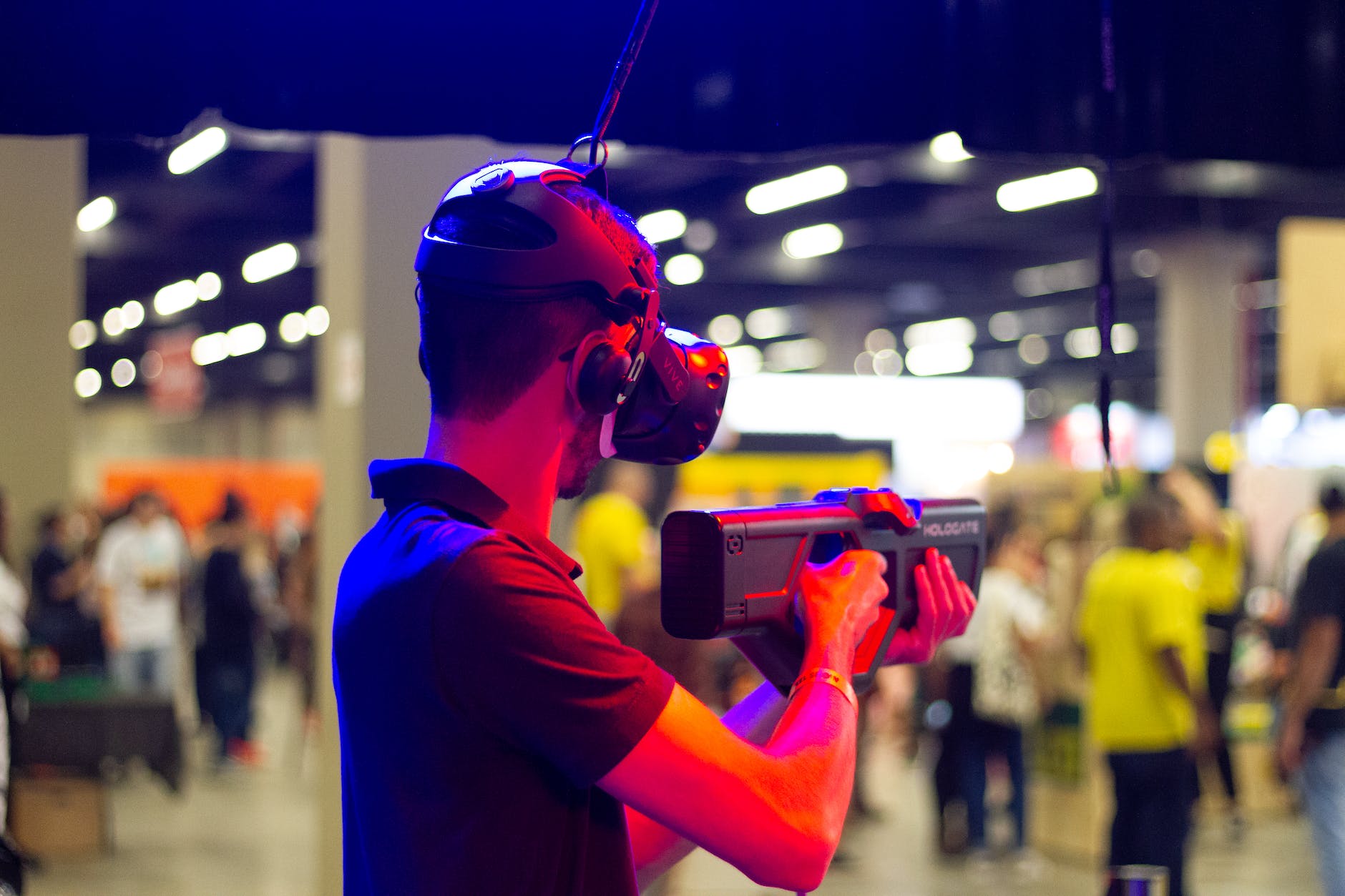 What Zuckerberg wanted to bring out from his Meta presentation is the interconnection between the worlds within the Metaverse. We should not expect separate realities, as we can see on the World Wide Web today.

In fact, the entrepreneur stated that the Metaverse will be an interconnected economy, in which companies will be able to communicate internally and allow users to have experiences that are not detached from each other. For example, a user who exchanges coins from a certain company on Metaverso can use those coins to buy items and services from another. If an avatar buys an item of clothing in one space of the Metaverse, he or she can show it off in another.

In short, the goal is to create continuous experiences for the user and to create new synergies and profit opportunities for companies that decide to invest in this innovative technology. They are not even a few!

Microsoft, some fashion houses such as Dolce&Gabbana, world-famous artists, manufacturers of technological devices such as Samsung and event organisers are already buying spaces and exploiting them for advertising or profit

In all this, we must also remember that the World Wide Web will not cease to exist, but will be interoperable with Metaverse. Zuckerberg’s goal is to move from a private economy to a widespread one, in which all actors work together to create and exchange value.

Many companies today are already investing in the Metaverse, hinting at the prelude to a colossal technological transformation. Microsoft, Epic Games, Roblox and even names from the Hi-Tech world around the world are competing to see who can come up with the most innovative solution to win over the Metaverse’s users

Other companies are buying space to propose advertisements and embrace new marketing strategies. Curious users have already entered the Metaverse and are exploring new ways to earn and exchange value, but also to entertain and pass the time.

The Metaverse will affect everyone and there will be no sector unaffected by the new technology. Zuckerberg spoke of the creation of 10,000 jobs in Europe alone and earnings with an infinite number of zeros. After all, the Web was also greeted with fear and enthusiasm back in the day, but today it makes lives much easier, while always creating psychological and ethical debates about its use.

The Metaverse will also take this course, until it becomes accessible to all and becomes the new normal.

Find out more about the opportunity to achieve high returns by investing in Dubai properties.